Supporting the Arts...not just MY Art! 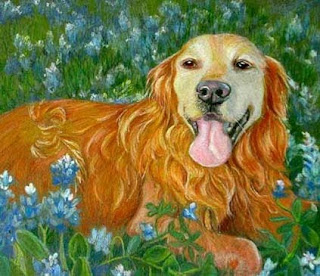 The past few weeks, we've been to two shows...one music and the other a play.  It really got me thinking about how important it is to our souls to get out and see people make an effort to entertain us!

We saw Al Stewart of "Year of the Cat" fame along with his guitar accompaniest, Dave Nachmanoff, at the historic Colonial Theater in Phoenixville, PA.  Never been to that theater which is famed for being the setting of the 50s era movie "The Blob".  Actually, never have been to Phoenixville at all, what a charming little town!

Now, we've seen Al Stewart a bunch of times so we knew the show would be great and it was.    The added bonus was his fabulous accompaniest and the big added bonus was getting the opportunity to meet them both afterward.  Funny sign of the times, as we were leaving, Dave called after me, "Friend me on Facebook!"  Now, that never happened at the other Al Stewart concerts we'd been to!


The next week, we saw a play based on The Hound of the Baskervilles, which was put on by our local community theater.  What was really fun about this was spotting the excellence in the cast.  Several of the cast members were just top notch and that was a pleasure to see.  In fact, we want to see them in their next plays.
Which ties me back to visual art and collectors.  It's all the same, isn't it?  Now I'm more likely to "buy" again from Al and Dave, next time they're in town. For one thing, I know they'll let me know.  I AM "friends" with Dave now!  (Still waiting for Al...:wink!!).  And it's really fun to catch a rising star!
Anyway, I encourage you to get out there and support the arts...all the arts.  It's fun and I believe what goes around comes around.  Support the arts and somehow...the world will support YOU!
I always like to have a picture of my art...'scuse me while I upload something I drew that has absolutely NOTHING to do with me going to concerts or plays! Okay, found my portrait of Nolan, I think he looks like a fan of the arts!   Robin