Tophatter Review - an update - not so wonderful! 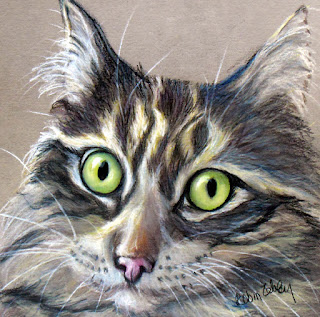 Well, I have a new review of the auction site Tophatter, and it's not as complimentary as the first one.


It seems the growing pains have knocked all the fun out of it for me.


As of today, I have sold 4 items, everything that was auctioned.  But now, only a handful of items have a guaranteed spot on the auctions available to them.  The rest go into "Standby".


Which means that someone has to "advance" it to the ability for your item to be auctioned by bidding on it in the half hour before the auction starts or sometime during the first few items or even faster if there are a lot of items.  So before the auctioneer talks about it, before all eyes are on it, before me, as the seller, can be upfront talking my item up, it has to get a prebid in this short time frame.

The fun about auctions...real life and online...is that I often bid on something I have no intention of bidding on when I preview.  Something the auctioneer says, getting caught up in the bidding, drives many lookers to become bidders.  Not this new system.

And, you can't prebid on it the day before.  So if you are someone who finds something you like, you have to set an alarm to actually bid on it in that narrow timeframe to move it to auction, then stick around until it finallly makes it to the auction block.  I know I, for one, don't often have that kind of block of time to devote to one purchase.  It would be nice to bid on it in advance, at your convenience, then get an alarm when it's ready to go on the block.

I kinda thought I'd auction off more art, but am having second thoughts.

It seems like Tophatter is confining itself.  Maybe it doesn't have the servers...or buyers...for more auctions.  I don't have time to waste with scheduling and rescheduling and rescheduling.  Like I said, my success rate for auctions is 100%, and if I could actually get into an auction, I'd continue there.  But praying and hoping for a bid in a very small pool of people who are able and willing to come and bid on an item a half out before so that it can be bid on in an hour....doesn't seem a good use of resources.  My previous, glowing review is here: http://artandanimals.blogspot.com/2012/03/review-of-tophatter-auction-site-to.html

I to agree with this comment. Many of us are feeling the same way.The standby can only work for you if you have time to sit for hours and wait. This site needs to make some changes...

Who has time to wait?

I did well selling on tophatter a few months ago down to making almost nothing now. I can not compete with the fake gemstones and ebay china items and I refuse to cave in and start selling them. The are now raising their fees in the jewelry category from an already high 10% to an astronomical 13% final value fee, and they will be charging high flat fees in all the handmade categories too. I have already closed my account. I refuse to pay those crazy fees!

That site is completely unethical. Tophatter does not care about what is being sold, nor do they care if the buyer gets their item. All complaints are sent to help@tophatter.com where they are quickly ignored. and when questioned on the forum, the help staff immediately directs you to make a paypal claim saying it is out of their hands.

Good luck to any new sellers that try tophatter, and I hope that this review page will save a buyer from being scammed. Don’t say you havent been warned! Do your homework by searching the web for complaints!

I would like to invite everyone to participate in a discussion related to Tophatter’s knowing and complicit selling of illegal items to the unsuspecting public and suppliers that resell to brick and mortar shops that you may easily come in contact with as a buyer. One of many illegal items sold are gold plated jewelry with a 14K stamped hallmark. In other words, they are allowing to be sold fake stuff and representing it to be solid gold. It is my wish to create enough momentum through social media as to pressure Tophatter to Stop with the Fraud, and I need help. Please come share your own experiences. And share your own thoughts. And see if you can be a part of the force that will Stop Tophatter Fraud. Thank you for your consideration.
https://www.facebook.com/groups/197437740400058/

Yes, Tophatter is a breeding ground for cons, ripoffs, shill bidding, people with multiple accounts (advancing and driving up their own items and prices), fake jewelry, cut-throat, non-deliveries, and so on. Believe me, I could go on. I have both bought and sold there and it is NOT an ethical environment. Management does nothing to squash these practices as these practices drive up their bottom line. They don't care about YOU or ME. They ignore complaints and answer everything with cookie-cutter replies. What Tophatter does best is turn a blind eye. No ethics, no protection, ridiculous fees (10-13%) plus an "entry fee" of sorts. And it doesn't even have to sell. You still owe the fees. Of course, things change constantly as well...just try to keep up! lol
Did I mention the FEES??? OMG, that's a whole other BLOG in its self!

FEES are a small part of this sites negative activity. They used Sellers to build up their business, charging outrageous fees in order to list. Gives 19 seconds or less to present your item, and when you complain they call it a "GLITCH", but you are not refunded your fees. They "MUTE" you if your DARE to speak out. They have essentially pushed out the CA'S after not allowing them to advertise on their site, ND AFTER ENCOURAGING SELLERS TO BUILD UP THESE SITES. Now they have VIP AUCTIONS, used primarily for their Family to sell, and buyers must have spent over $200. for the honor of buying in this auction. This is surely a conflict of interest. Combined with infringement of Freedom of Speech and Defaming Sellers, they need to be checked out by the FTC.