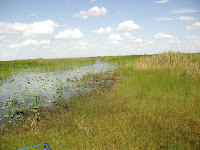 If everything this passenger SEES on USAir is shoddy, unprofessional and chaotic, it makes me terrified to think of what is going on behind the scenes?  My experience with USAir was downright scary.  So scary, I'm blogging not about art...probably more on that later today after I get unpacked...or animals, but of an overall malaise that anyone could see.  So bad it must be intentional.  I'm not a fraidy cat to fly...when it appears the airline, like Southwest, knows what they are doing..and appears to care whether you'll choose them next time if you have a choice.  I'm also going to add that I, and nobody in our party are or were rude...but...
1.  After USAir postponed our flight numerous times due to mechanical issues, they canceled it.  Good.  I don't want to fly on a broken plane.  But...no apology. Mad dash to the counter, where we (a group of 6) managed to get on the next flight. Two people rebooking an entire planeload. No apology.  There were people still standing in line to be rebooked when we boarded our plane.  Who knows what happened to them.

Many families were flying into Puerto Rico for a cruise ... that they missed.  And then USAir lost our luggage.  No apology.  I'm going to stop saying no apology because the only ones we got were prompted by us saying, "and nobody ever even said they were sorry."

2.  Stand in line for another hour to have our bags confirmed on the new flight.  Told by rumor mill (another passenger) that we needed to do that, not USAir.  We had to hold the space in line for some elderly people who just could not stand up that long.  Turned out they didn't bother moving our bags anyway.  We pay $50 and stood in line for an hour for ... nothing>

3.  Board new plane, then have to wait 20 minutes for the new plane to load food they wanted to sell to us.  No complimentary anything for all the rudeness and long waits standing on our feet while they are shortstaffed.

4.  Captain acknowledges that (now almost 5 hours late) we had a rough morning and directs us to not take it out on his crew.  Thanks Dad.  I'll be a good girl and sit down and shut up.

5.  In Puerto Rico, wait at the carousel for....a few bags to come...then nothing.  Rumor mill (other passengers) tell us to hurry and stand in a line, the bags aren't in Puerto Rico!  Nobody at USAir told us that.  Stand in line more than an hour to fill out form.  Assured we will get bags tomorrow by delivery van.  We are upset but feel just terrible for the shell-shocked looking parents who have no luggage for their little ones, no hotel room, and no idea when they will catch up with their cruise that left without them.

6.  Are given a phone number that is never answered, to leave a voicemail that is never returned.  Lies.  Another number is an automated message that they still haven't located our bags, even late on day 2.  I just need to know, do I have to shop again for a dress to wear to my son's wedding?  I track down a human who gives me numbers to call that are dead ends with calls never returned.  Finally reach a human who tells us the bags ARE in Puerto Rico, but USAir FORGOT to order a van to deliver them.  Maybe tomorrow night.  We go to the airport, see our bags on the floor, and take them.  We could have taken them all, nobody guarding a planeload of bags.

8.  Checking baggage in San Juan?  Well, if they can find a computer that works.  They take our money.  We go from clerk to clerk trying to find one who can operate a computer to check our bags.  Our hour plus arrival at the airport is eaten up as we nervously wait for any computer, somewhere behind the counter, to work.  The system isn't down, they just kinda sorta work.  I'm waiting for someone to give one a kick on the side to jumpstart it.

9.  Long time through security. But despite that we get to the gate 25 minutes before scheduled take off and I am surprised by the empty gate (everyone was in line to board just out of my view).  I say "Everyone boarded?"  And the clerk laughs at me and with a head wag says "do you see anyone waiting?"  My husband said, "she asked you a civil question, she deserves a civil answer."  And gets more attitude before she finally says "Sorry".  Like a 2 year old.

10.  One of our party dropped her plastic utensils for food (you don't even get pretzels on USAir) and the USAir staff laughed at her, literally holding tummies and pointing.

On board, crammed in again so an average sized woman had trouble crossing her legs, dirty tray, and instructed by the Pilot not to try and sneak up to first class to pee, we have to stay within our class.  Almost sounds like a dare, but seeing how poorly everything else USAir maintained, didn't even want to visit the (obviously) luxurious first class toilet.  The likes of me stays in coach where I belong.

Then, snippy attendant complaining to customers about how little money she made and how SHE couldn't afford to travel like we could (gee, sorry we worked like dogs this past year to afford to go to our son's wedding, ma'am, guess we should have just skyped it), arguing amongst themselves about a newspaper and best of all....a captain who instead of paying attention to flying the plane, gave a long sales talk about applying for a USAir credit card!  All these benefits!  Limited time offer!  Extra rewards!  Here's how to apply!

None of which is very confidence inspiring.  It seemed almost like everyone working for USAir was trying to get fired so they could get unemployment.  Including USAir.  I'm not one to say "I'll never go here again", but honestly, it was like going to a fancy restaurant and getting food poisoning.  Yes, we got what we paid for ... but will never go back.  Because you have to wonder, do they maintain the planes with the same "whatever..." attitude?  Pilots tasked with selling credit rather than flying?  Computers that don't work?  Not having any idea they flew you to where you wanted to go instead of to another city and then cancelling your flight because you didn't go to the mystery destination?  Dead phone numbers?  FORGET to order delivery vans for $25 a clip bags gone missing?

The worst part, if anyone from USAir read this and to shut me up comped me in some way...I don't want it. (You can give me cash, though!)  I don't want even a free dessert from a restaurant that was so incompetent they gave me food poisoning...and I sure don't want to board any plane at any price on USAir where incompetence, poor maintenance, confusion, chaos and rudeness apparently are company values.

Got that off my chest.  Now onto animal art!  (Picture of the Everglades in Okeechobee, FL, a destination I love but drive to!)
Posted by Robin at 6:33 AM

Airline travel is the worst. The only other mishap they could have given you would be to make you wait overnight.

Glad you made it back safely!

Lise, I have never had ANY of this humiliating and unprofessional behavior from Southwest, which I fly several times a year.

How horrible! I hope everything else was wonderful.

Between the USAir flights, it was absolutely heavenly!